Music is easily the finest of the fine arts. Through music we experience different cultures, languages, countries, vaporous parts of the Universe and travel deep within our imagination on fantastic journeys. It is one of the few disciplines we can enjoy alone or while playing with other friends, in concert, for an audience, dancing, or simply alone in our favorite space. It is everything, it is something, and it is our own personal jewel. There’s no question listening to and playing music is a great adventure; it is one part deep fantasy and another part passionate focus! Both are fun, but where does music come from? Why is it so satisfying and fun, energizing and sad, or sorrowful and uplifting? These are fair questions because at its root all these reactions are fundamentally emotional; they tug at something in our spiritual self and communicate a feeling. Anything with that kind of power must be pretty strong; guess we won’t get that Genie back in the bottle, eh?

A Brief History of Music

It is said God’s first instrument is the human voice. The second instrument then must be pieces of wood struck together beating a rhythm. The third instrument must be flutes followed by the string family. In ancient Greek religion and mythology, the Muses, where we get the word Music, are the inspirational figureheads of literature, science, and the arts; the source of knowledge in poetry, lyric, song, and myth. This information has passed down orally for centuries through ancient cultures and arrives today more or less intact. The Nine Muses were Greek goddesses who ruled over the arts and sciences. They were the daughters of Zeus, lord of all gods. The nine Muse are: Calliope the muse of epic poetry, Clio the muse of history, Erato the muse of love poetry, Melpomene the muse of tragedy, Polyhymnia the muse of sacred poetry, Terpsichore the muse of dance, Thalia the muse of comedy, Urania the muse of astronomy, and finally Euterpe the muse of music. Today,the ‘muse’ can be a person who serves as an artist's inspiration. Film makers talk about certain actors as a muse, poets claim inspiration from other writers,and music composers take their Muse from each other. It’s not to say they’re trying to play like those musicians; they’re getting some information, channeling their energy and combination of elements that will ignite the passion. There is a constant relationship between notes played on an instrument(s) and poetry or the human voice singing a message as though witnessing their own Muse.

So you can see this music thing has been a blast for a very long time. In fact you could say it’s been with humans from the very beginning; there is something basic and joyful about expressing one’s self in sound. Let’s set aside for one moment the historical and philosophical discussion about what it is and instead concentrate on how it’s made. “If I want to play an instrument how do I start, can’t I just pick it up and start playing?” The answer to that question is, yes. But please keep in mind we’ve learned how it’s possible for humans to become very good at learning the wrong thing by repeating a poor process over a very long time. In addition to wasting time it’s possible to injure one’s body requiring treatment and recovery without playing any music at all! Imagine for a moment you could meet with people who knew from the very beginning what you should do first. That in turn would lead to more efficient performance of the next stage, which then puts you on the path of easy and efficient instrumental performance with a healthy body and access to the finest compositions and performers from around the world. That’s what music teachers provide. They already know what to do first, that’s very important. They also know what not to do, and how to adjust whatever you’ve been practicing in order to make it sound better, become more efficient and maximize your efforts. They can help you sort out the differences between conventional staff notation and tablature (though ancient, is incomplete and not as useful.) Music teachers understand what you should play first, known as repertoire, in order for you to meet your own Muse and play what you feel. You may need to play some specific studies in order to develop embouchure, rudiments, finger dexterity, vocal strength, good reed sound, efficient posture, and many other things. You may have very long fingers or very short fingers; a critical aspect of learning is to ensure your personal physique and individual capabilities are recognized. Playing an instrument requires good physical conditioning for the specific instrument you play, so there will be many exercises involved as well as a varied, dynamic, and meaningful collection of pieces.

Types of Music to Play

First, music is just music. Some people call all music they hear a song but that’s only true in the most ethereal sense. Songs have words, so The Star Spangled Banner is a song. If you refer to a piece of music with no words what is that called? The cheap way out is to simply call it an instrumental piece. But music with no lyrics is usually created with some kind of known form as the basis. It might be a rondo or an ‘etude or Estudio, so call it that. If it has words call it a song. If it doesn’t have words call it a piece. You’ll always be right. Next, at its root definition music is simply sound in time. Of course there are other elements, and we can talk about all those for several weeks; whole books have been written on this subject. But the key is how we organize those sounds in time to achieve something useful, compelling and attractive. If you just sit down and hit a log with a stick that’s not exactly what we know to be drumming. There is really more to it. Consider: 10th Century Gregorian Chant, music by Johann Sebastian Bach (1685-1750), Miles Davis (1926–1991), The Beatles (1960-1970), and Led Zeppelin (1968-1980) all used the same notes yet produced strikingly individual and distinctive works (What Muse were they using?). It’s safe to say the style, form, nature, and subject of individual music has often been influenced by the times in which it was composed reflecting what humans were thinking about, what historical events were taking place or the type of music composed for specific educational purpose. Music composed for the purpose of learning instrumental techniques will have a terraced process beginning with easier skills, progressing through to more complex fingering, breathing, writing, or dynamics. This is the heart of music study.

The Joy of Being a Student

Being a music student is a blast mostly because it’s creative active work. You set aside time every day to develop skills your teacher is coaching and to develop endurance. You’ll need a good attitude, patience, a solid repeatable schedule, an eagerness to learn new things, and an open mind about what you are playing and learning. The study of music is a journey, not a destination. Sometimes, during a long period of study we need to refresh our process and review where we’re headed and why we’re doing all this work. It’s good to have a little inspiration on hand to help move on from such moments. I’ve always enjoyed the following summary to help me get centered again.

“Nobody tells this to people who are beginners. I wish someone had told me. All of us who do creative work, we get into it because we have good taste. But there is this gap. For the first couple years you make stuff, it’s just not that good. It’s trying to be good, it has potential, but it’s not. But your taste, the thing that got you into the game, is still killer. And your taste is why your work disappoints you. A lot of people never get past this phase; they quit. Most people I know who do interesting, creative work went through years of this. We know our work doesn’t have this special thing that we want it to have. We all go through this. And if you are just starting out or you are still in this phase, you gotta know that it’s normal and the most important thing you can do is do a lot of work. Put yourself on a deadline so that every week you finish one piece (or one new thing). It’s only by going through a volume of work that you will close that gap, and your work will be as good as your ambitions. And I took longer to figure out how to do this than anyone I’ve ever met. It’s gonna take a while. It’s normal to take a while. You just gotta fight your way through.” Ira Glass, This American Life, NPR.

More from Our Blog

After working in a recording studio with five students, it showed me

Many people come to the music store frustrated trying to teach themselves using YouTube. They get a taste of what they could be musically yet find the ideal too hard to reach on their own. 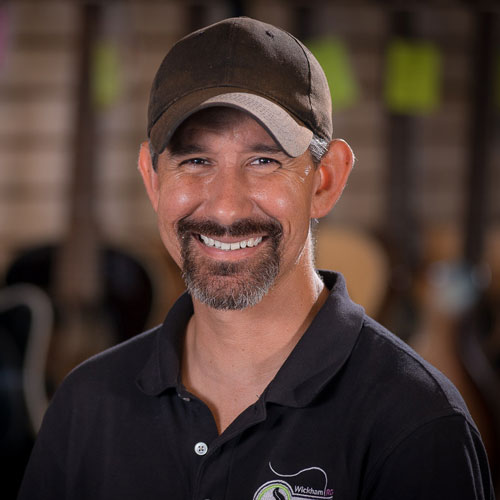